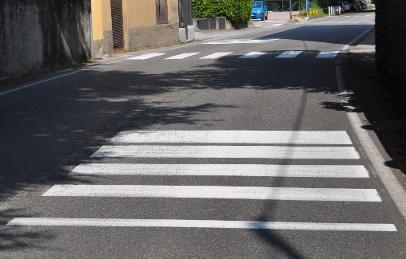 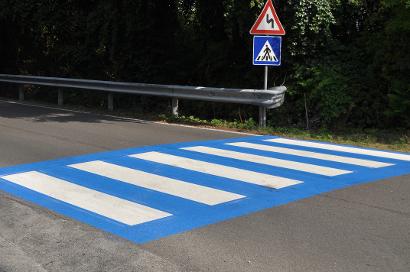 The Crosswalk Safety Society of Nova Scotia is registered with the Canada Revenue Agency as a registered charity.

If you support the work we are doing please consider donating to the Society.  All donations are fully tax deductible.

You can donate by either

Thank you for your consideration.

"To improve crosswalk safety, and more generally pedestrian safety, through education and providing research to the public, government and their staff, and police in order to improve the safety for pedestrians at crosswalks.

The Crosswalk Safety Society of Nova Scotia (CSSNS) evolved from the Waverley Road Crosswalk Flags, a small community group that initiated a project in 2008-09 to install crosswalk flags at 13 locations along or near Waverley Road in Dartmouth, Nova Scotia.

Although well received by the public, the Halifax Regional Municipality (HRM) Traffic Authority at the time was not supportive, effectively ending the pilot program.  We pushed forward, obtaining the approval of the Province of Nova Scotia to allow crosswalk flags along provincial roads, the first being in 2011 at seven locations in the Village of Port Williams.   Subsequent installations occurred in Hubbards, Hantsport, Ayelsord, Berwick, New Ross, Bridgewater, Chester and Windsor, with a number of other communities installing crosswalk flags over the years.

After a recommendation from the Halifax Regional Municipality's Crosswalk Safety Advisory Committee and support from municipal council, crosswalk flags were finally again allowed in HRM in the summer of 2014.   Through the Waverley Road Crosswalk Flag group crosswalk flags were reinstalled along Waverley Road and made available to other community groups.  By year end there were 15 installations.

We have been extremely pleased with the response.  In 2015 another 56 crosswalk flag locations were installed in HRM, demonstrating the public's desire for additional tools to address crosswalk safety.

Due to the incredible response, our small group decided to form the Crosswalk Safety Society of Nova Scotia, registering the Society with the Registry of Joint Stocks.  With the creation of the Society, a Board now exists as well as separate accounting.  In 2016 the Society received charitable organization status from the Canada Revenue Agency, meaning we will issue charitable donation income tax receipts for any membership or contribution.

Although there have been 204 installations to date, unfortunately 8  have been removed due to ongoing theft of the crosswalk flags, leaving 196 installations in HRM as of December 2020. 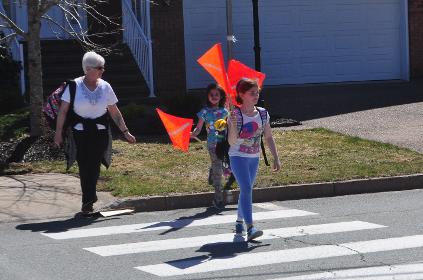 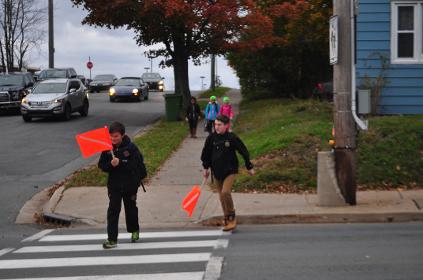